Out the door at 5 a.m., in early July well after day has dawned. It is just gorgeous at that time of morning: cool, clean, and quiet. Most people are still in bed; the few who are stirring are not emitting exhaust fumes, yapping loudly at each other as they jog up a neighborhood lane, dragging their frustrated dogs along, or sharing their mediocre taste in music with everyone around them. Yet. 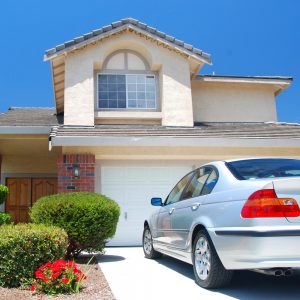 It’s amusing to observe how other people live. Have you ever noticed how much rolling stock your neighbors leave out on the driveway or at the curb? In our parts, each vehicle is in itself a big sign reading Burglars, Break into This. And have you ever wondered…why does a household without teenaged kids need three, four, five cars? And why don’t they park at least a couple of them in their two- or three-car garage?

Few of the residents here now have teenaged kids at home. Most are either older couples left behind after the offspring grew up and moved out, or  up-and-coming millennials with small children. Probably about 90 percent of the houses around here are occupied with no more than two licensed drivers. What do two teenager-free adults need with three or four vehicles? And why do they park them out where the local prowlers can easily rip them off?

It’s true that some residents here don’t have garages with doors. Most of the houses in Lower Richistan were built before U.S. levels of homelessness and drug addiction reached the heights to which we have attained.  Car theft and car break-ins, while of course they existed, posed nothing like the problem that they do today, and so builders cut corners by equipping even fairly upscale tract houses with carports. Indeed, a carport was considered a selling point: Look! If you live in Arizona, you don’t even need a garage to protect your car from snow, ice, rain, or salt sea air!

In Upper Richistan, most of the houses were either built with actual garages that included such amenities as garage doors, or homeowners have retrofitted the carports to make them more secure. Many of those houses can store two, three, even four cars out of prowler’s reach.

By the time my part of the ’Hood was built, drug use had begun to infiltrate the middle class and crime levels were rising — and with them, rates of car break-ins and theft. So in my parts, most cars have double garages equipped with garage doors.

Nevertheless, even here in the po’ folks’ section, people still park up their driveways and the streets with their rolling stock.

Why? This escapes me. In my part of the ’Hood, which comprises one street that goes from the tract’s north border to the south border and another that runs between the east border and Conduit of Blight Blvd., not one home houses a teen-aged driver. Yet almost every house has at least one car parked in the driveway, at the curb, or (illegally) in the yard.

Out of idle curiosity, this morning I took it into my head to count the vehicles sitting outside at dawn, presumably left out overnight. Between the entrance to Upper Richistan and my house (a distance of about 1/2 mile), I counted 96 cars & pick-ups (!!!!), 1 motorcycle, 1 boat, and 3 trailers.

Some of these homeowners have filled their garages with junk and so can’t fit a car inside. But most have not: walk by when a homeowner is out puttering around, and you see one or two cars inside the garage. This suggests that most couples here — i.e., one or two people — have at least three and often four or five vehicles, some of which they park outside.

What on earth could they be thinking?

Even if you don’t care if your car is rifled or stolen, consider the cost of owning the thing. A decent used car in our parts costs around 30 grand these days. A pick-up? Fifty thousand. Yes: that is “dollars.” Sure, the tank is insured against theft…but what does it cost you to insure the thing? What does it cost to register it every year? (Answer: a lot, in Arizona! Scroll down to “variable fees”…) Why you would use your garage to store junk and leave a valuable asset that costs you money just to own it sitting on the street inviting drug addicts to rip it off simply escapes me. It’s incomprehensible.

And what would possess you to own any more expensive, cash-sucking vehicles than you absolutely must have to get around. Whaaa?

God is great, beer is good, and people are crazy…

Speaking of crazy people, Arizona’s wacksh!t legislators have removed just about all restrictions on fireworks. Where cities have tried to keep a grip on the craziness, the legislature has issued an edict stating that even if thus-&-such a hand-maimer has been banned in a municipality, towns and cities may not ban retailers from selling the junk.

Result: every moron in the city runs amok on the Fourth of July. And New Year’s. And Cinco de Mayo. And what the hell: any random Friday or Saturday night.

Last night I went over to the home of some friends who live on the 12th floor of a high-rise that overlooks the Phoenix Country Club and the Steele Indian School, both of which put on spectacular professional fireworks shows on the fourth. This was great fun.

In preparation, though, I had to take Ruby down to my son’s place and leave her there. She’s terrorized by the banging and whamming emitted by the neighborhood fireworks enthusiasts. Plus the neighbor’s dry grass collection still occupies the alley. All it will take is one moron’s firecracker to set the stuff ablaze, and once that starts, the vines along my back wall will catch fire within minutes. I do not want to come home and find my house incinerated, and even less do I wish to find my dog incinerated.

The country club’s display ended about 9 p.m. and the Indian School’s wasn’t slated to start till 9:30. I’d told M’hijito I’d relieve him of my dog along about 9:00, and also I was tired by the time the first act ended. Waking up at 4:00 a.m. during the 110-degree season, while it gives you three beautiful cool hours in the morning, makes for a very long day. So I left early and headed over to his place.

The racket from amateur bang-bang frolicks was distracting, even with the AC on and all the car windows closed.

And, in the crazy people department: our wise City Parents had closed Central Avenue, meaning all the traffic from the Steele Indian School shindig would be dumped onto 7th Avenue and 7th Street! Holy shit. My son’s house is right off 7th Avenue. I just got outta there on time: if I’d waited until after the second fireworks show, God only knows how long I’d have been stuck in the traffic jams.

So that was a lucky decision on my part.

The Indian School fireworks had started by the time I left his place…it really was something to see, even from three or four miles away.

Ruby, preoccupied by the company of Charley the Golden Retriever, was completely unfazed by the racket. Well…one explosion made her jump about a foot, but otherwise she was pretty calm.

Think I’m being neurotic about the fire hazard? Lemme tellya…  A few years ago, a couple of the neighborhood teenagers — these weren’t small boys, these were almost grown morons — were playing with fire in an alley over in the older part of Lower Richistan. They were behind a beautiful old property on about a half-acre. The house was occupied by an elderly couple aging in place, long after their kids had grown and moved away. They no doubt figured they’d live there until they died and then be able to leave an asset worth something over half a million dollars to their kids. 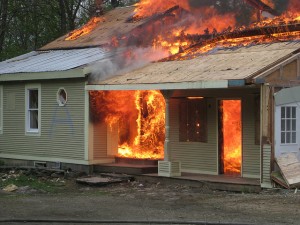 I happened to be driving down that street right about then. When I squeezed past with the other incidental traffic, I saw the old folks sitting in the neighbors’ front yard, watching their home burn down. And burn down it did: despite the fire department’s best efforts, the place burned to the ground.

So. Yeah. That’s why I’m not happy about the neighbor letting the grass grow up to his ass along the alley.

For a few extra bucks, Gerardo will go out there and spray pre-emergent on the ground along the guy’s fenceline, and occasionally he’ll hack back the weeds. But neither he nor I feel it should be our responsibility to keep the idiot neighbor’s weeds under control. 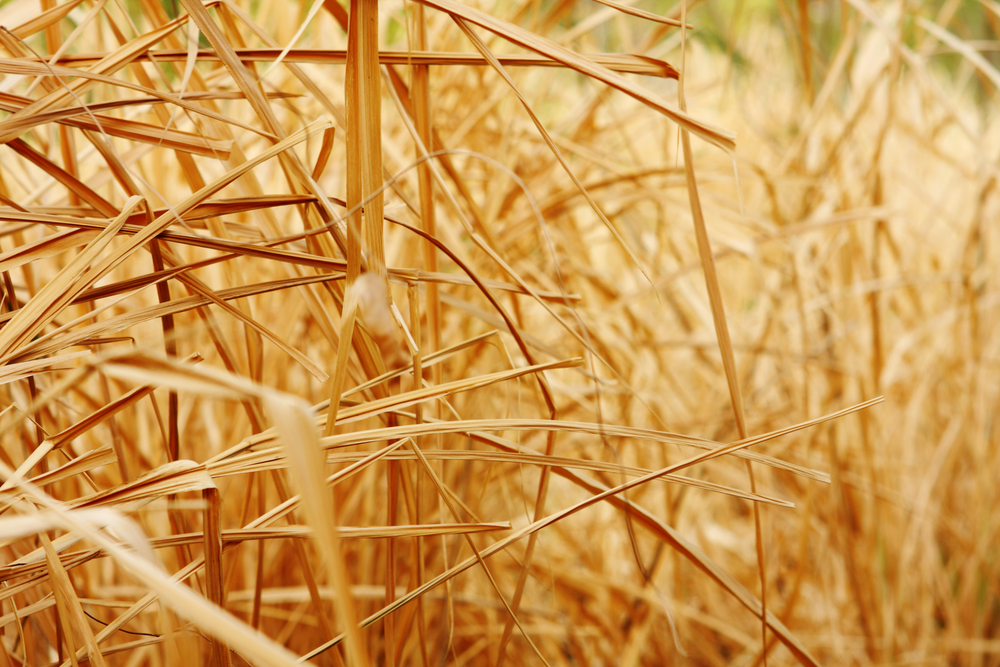