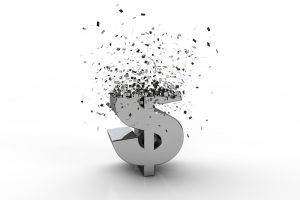 Wow, what a freaking nightmare with PayPal! Naturally they choose to dump on me while I’m sick as a dog with the flu and can barely find my way to the bathroom, much less figure out how to deal with the mess they’ve created. Truly, I thought for awhile I was going to have to close The Copyeditor’s Desk down, because Paypal seems to have effectively made it impossible for my clients in China to pay. And…around 85% to 90% of my editorial work comes from Chinese academics and scientists.

Look: there are alternatives to Paypal. I’ll explain what they are in a minute. But first, get a load of this tale…

So the Kid and I had a Paypal account that originally had both our credit union accounts linked to it. Because she’s techie and is married to a tech professional, she set it up. So, the admin on account showed as her. This was fine. When I signed in they thought I was her, and…so it goes.

Then one day she got a phishing email that looked alarmingly persuasive. Fortunately, before acting on it, she contacted me and asked if I thought it was real. I said I thought it was a scam. Couple hours later her husband (then fiancé) sees the thing and has a shit-fit. He believes it’s an aggressive attempt to hack in and tells her to remove her bank account from PayPal. This, she does forthwith.

So, now when her clients pay her, I have to download their payment into my checking account and then snail-mail her a check in the correct amount. This is a mild nuisance, but not that big a deal. I keep the PayPal account open because I don’t know of any other way for my Chinese (and Indian, and German, and Japanese…) customers to remit payment to me. In the civilized world, they don’t have backward instruments like checking accounts.

Welp, a few months ago, the Kid had an idea I wish I’d had when I was her age…or maybe half her age. She decided that instead of getting the PhD one of these days, she should go back and get a second master’s degree: a professional degree in a field capable of providing her a decently paying job. The university where she works offers free graduate-school tuition as a perk for full-time faculty, which she happens to be.

Well of course it’s a brilliant idea. She is now fully engaged in this project — she wants to become a psychological counselor, which is perfect for her given her experience, personality, and interests.

Meanwhile, a couple weeks ago, Paypal sends us a notice to the effect that we must jump through a new set of hoops, and if we don’t they will discontinue our account. She suggests — exactly what I was thinking myself — that we should close down that account and then open a new one with only my name on it, thereby getting the thing and whatever hacking risks appertain thereunto out of her hair.

So that is what we do.

I set up a new account, and it looks like it’s going to work. Forthwith I bill a client, who forthwith sends money. And….I am told I cannot have the money.

WTF? Upon inquiry, I am told the customer must state that they’ve received the product to release the payment to me.

Huh? This is a new one on me. No such rule applied to the other account.

Okay…. I contact the client and tell her she needs to go back in to PayPal and acknowledge she received the job and accepts it. She attempts to do this, but it doesn’t work. We cannot dislodge her payment. The option to state that you received the thing you’re buying disappears.

Back to PayPal: The customer disservice rep is amazingly unhelpful, even hostile. I say I sell a service, not a product, and so there’s no way the client can prove she or he has received an object. Well, I’m told, then the person has to testify that they received a service. Ms. Disservice pastes some boilerplate instructions, copied from PP’s website, into the chat window, screwyouverymuch.

By now, I’m good and sick with the cold or flu or whatever it is and am in no condition to tear my hair.

That notwithstanding, I look into things and find there are several alternatives.

Probably the best short-term solution — and the easiest for me — is to have the client in China wire payment direct from their bank account to mine.

So I traipse down to the midtown Bank of America and open a new business account. This of course requires hoop-jump after hoop-jump after hoop-jump. It’s quite a time-consuming exercise, made all the more difficult by the facts that my ears are so stuffed up I can’t hear and my nose is so stuffed up I can’t breathe and not being able to breathe means I can barely think. But finally all this gets done and I come away with fistfuls of paperwork and…and…

Yes…and now I have to explain to a passel of rocket-powered Chinese scientists that they must physically go to their local bank in China and, following a complicated set of steps replete with a complicated wad of numbers, wire the money to my bank account here. Charming. Won’t they just love that!

First off, I describe to the client whose payment I’ve just made Paypal return how to go about wiring the money to me. She becomes confused and, not understanding what on earth all this could possibly be about, simply re-sends payment through fuckin’ Paypal.

Ohhkay. Now I have to refund her payment a second time. When all I want to do is be sure they actually have sent her money back to her so I can CLOSE the damn Paypal account. Then I have to re-issue — again — a statement with the complicated instructions for how to remit payment by wire.

Will I get paid by the four clients who owe me money? I do not know. The Chinese government, in response to our asinine President’s stupid trade policies, has slapped a limit of $500/month on the amount its citizens can wire to the U.S. So if a client has a kid in college here in the U.S. to whom she’s sending money regularly — which is very likely with high-voltage academics — then she probably won’t be able to wire money to me. In any event, it will create a hassle for them: instead of clicking a few buttons on a computer, they will have to traipse to their bank and jump through a set of hoops there.

Will it put me out of business? Remains to be seen. So far no one has said they won’t do this. But…heh…I haven’t asked everyone.

Y’know, I’ve seen the endless litany of consumer complaints about Paypal. So can’t say I didn’t know they could turn on you. But up until now, all my experiences have been simple, straightforward, and clean. There’s a number you can call and reach a human being, which I did. She seemed to understand the issue, and she agreed to fix the problem. And then she did…nothing. No action was forthcoming from PayPal. Chatline people hang up on you when you repeat, for the 87 gerjillionth time, that you do not sell a product, you sell a service and your client has already certified that she received the service.

Clearly, Paypal is in business to hold onto people’s money. The longer they can keep a payment due to a customer in their coffers, the longer they can collect interest on those funds. Consider: if ten customers each have $100 in their various little accounts, that’s a thousand dollars. A hundred customers with $100 embargoed for whatever half-assed excuse Paypal can imagine would give them $10,000 with which to crank interest. A thousand such customers would provide $100,000, which would generate a substantial amount of interest. In Q4 2018, Paypal had 267 million accounts. So you can see the potential.

Paypal has persuaded US regulators and legislators that it’s not a bank, allowing it to get away with a whole slew of questionable shenanigans like this. And therein lies the reason you should NEVER do business with PayPal. PayPal is not your friend.

So how do you get your microbusiness or small business paid?

There are several alternatives. One is Stripe, a platform that allows you to accept a wide variety of credit cards at a very reasonable price. It’s active in Asia, Europe, and other venues. Stripe is extremely cool: it will issue an invoice to your client containing a link they can click on to charge up payment, easy as breathing. This would be my choice. Problem is, getting it up and running requires some very serious programming skills. They will advise, when you speak to a rep, that you should hire a developer. Okay. First, good luck finding such a person. Second, to hire someone to set this up would cost approximately the full amount of money that resides in The Copyeditor’s Desk’s checking account.

Another is Square, the one that allows a seller to swipe your card on a cute little doodad attached to a cell phone or an iPad. I do have a friend who knows how to work Square and probably can be bamboozled into helping install it. And I do have an iPad. But…oh, there’s always that damn but, isn’t there? But my iPad is very old and I very much doubt that current hardware and software will work with it. And once again: we’re looking at another wheelbarrow-load of techno-hassle that I do not especially welcome. Especially not when my head already hurts.

Transferwise allows you to make international money transfers for a reasonable fee, cheaper than Paypal. You do have to make a money transfer, which can be problematic in some circumstances.

If you don’t mind paying $25 a month, Authorize.net is said to be an effective platform for small businesses. It allows you to make transactions over a variety platforms, including ApplePay, PayPal, and several credit cards.

Intuit has a tool that integrates with Quickbooks and lets you accept ACH transfers. It also provides invoices and a Pay Now button for your website.

And you can arrange an international bank-to-bank wire transfer. To accomplish this, your client will need to have access to a bank that does wire transfers, and will need your name and address, your bank’s name, your bank account number, and your bank’s SWIFT number.

So, we’re going to try the wire transfer method. It remains to be seen whether this will work. If it doesn’t, two options remain: one is to try Square. The other is to close the business down.