Memo from the Dermatologist’s Waiting Room… 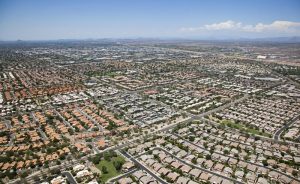 HOLY maquerel!  Had to fill up in order to get all the way out to the west side for this morning’s traipse to the dermatologist. Gas at the corner QT is $4.79 a gallon! Three-quarters of a tank set me back SIXTY-TWO BUCKS! And 41 cents.

And that’s cheap! Driving westward, ever westward, I passed gas stations offering the stuff for over five bucks. Yes. That is “per gallon.”

How are people who have to commute or use a vehicle to do business managing this?

I figure we can expect this is gonna be pretty much permanent. Have you ever seen gas prices actually go down? Not likely…leastwise, not significantly.  And you hear the excuse bandied about even now: “After all, these prices are what they have to pay in Europe.”

But Europe has adequate public transit.

Europe has commerce and services situated in reasonably safe central parts of cities and towns.

In Europe, you’re not likely to get brained and robbed walking down to the nearest grocer’s. Or dragged off from the corner bus stop and raped. 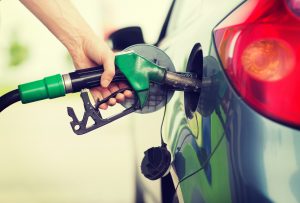 There’s a Costco on the way back into town from Derma-Doc’s place. It’s actually a business Costco, but thanks to the incorporated editorial bidness, I happen to have a business account. So on the way I’ll stop by there as I’m driving driving driving eastward and ask them WTF was with their rejection of my card. And while I’m at it, renew my membership, which I believe to be due about now.

My mother’s relatives were Christian Scientists. Her grandmother and her aunt lived into their mid-nineties and NEVER saw a doctor. Her uncle, who was not a religious nut, also lived into advanced old age…and died of something that no one was ever able to diagnose – the guy just kinda wasted away.  But honest-ta-gawd, sometimes I think Christian Science is not such a bad idea. You’re gonna die when you’re gonna die – not much sooner and not much later, far’s I can tell. Why make yourself miserable being poked, prodded, sliced, diced, dieted, and lectured?

Arrived out on the west side at the doc’s office  way, wayyyy early, having had to allow some unholy amount of (unneeded!) time to fill up the gas tank. So drove around one of the new look-alike stick-and-styrofoam developments. Gosh…some of those houses can’t be more than 20 feet apart, eave to eave!  My father’s aversion to investing in residential real estate kinda makes sense now, looking at these acres and acres and acres of junk.  And he hadn’t even SEEN junk, back in his day….

{chortle!!!} Successful interlude with derma-tech. I REALLY like those folks.

From there, I proceed back across town over grody Indian School Road. Dodge into the Costco down by the railroad underpass, figuring to renew the annual membership and then pick up a few not-very-necessaries.

Belly up to the customer service bar. Present my membership card and my Visa card (Costco doesn’t take AMEX: costs them too much).

The CSR demands to know some three-digit number for the Visa card.

Huh?  AMEX has a three-digit nuisance number, but I’ve NEVER been asked for one for Visa and didn’t even know such a thing existed. Thrash around my wallet. Can’t find it. Lose my temper (quite frankly) and stalk out. On the way I tell her I’m sorry her employer has lost a customer – permanently.

Fill it out. Stuff it in an envelope. Stick an (expensive!) stamp on it. Jump back in the car. Drive to the PO. Drop it in a USPS mailbox.

Note to Self: do not even THINK of renewing in person next year. Incompetent nuisances!

When William Shakespeare had Miranda say “What a brave new world we live in” and added Prospero’s ironic riposte, did he think that brave new world was as dystopic and as shitty and as nuisancey as the one we live in today is? What on earth would he have made of a life that consists of one techno-hassle after another after another?

Also amongst the unattended mail, I find a notice to renew the Medigap insurance. They want THIRTY-SEVEN HUNDRED DOLLARS AND FIFTY-TWO CENTS for a year’s worth of Medigap coverage!

7 thoughts on “Life in Dystopia…”