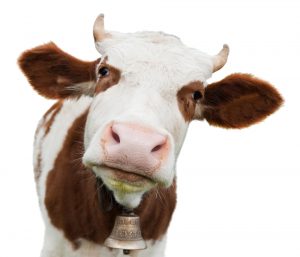 Hilariouser: I use that term ironically….

A couple weeks ago, the Mayo sent a snail-mail letter — on a piece of paper, can you imagine? — saying that the address to which the credit union was sending my online bill payments was wrong, and asking if I would please change it.

Well, you can’t get into that feature from your computer. So yesterday morning I drive over to the credit union to ask if one of their tellers would please get into the system and correct the address. Understand: the Mayo’s address is something the CU has in its system; in theory I shouldn’t have to enter it at all. What this seems to suggest is that the CU itself has the wrong address, rather than that somehow five or six years ago I entered the wrong address.

My trusty banker dude, Justin, was promoted two or three months ago, leaving his station empty. So if a teller can’t deal with something, the only staff there who can has been the manager. But when I walked in, lo! There was a NEW LADY sitting at Justin’s desk. And wouldn’tcha know, the teller fobs me off on her.

I explain the situation…and as I’m doing so, realize that this dear soul is as dumb as the day is long. She just barely understands what I’m talking about.

Okay, she’s new on the job….but thank goodness she wasn’t on the job earlier this year, when I was dodging around the PayPal/BofA hassle. She gets on the phone, calls someone, and asks what to do. They tell her to get into my account and then they’ll show her how to change the address. So…instead of calling up my account on her computer the way Justin always did, she goes to the CU’s homepage and asks me to sign in on her computer with my username and password. She hands the keyboard across her desk and asks me to sign in. 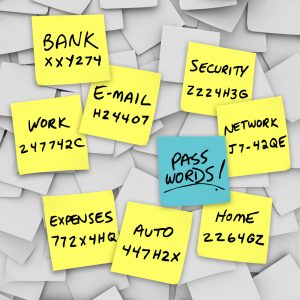 What?????? I don’t have my password with me. My computer automatically signs me in, using one of the EIGHTEEN SINGLE-SPACED PAGES OF UNIQUE PASSWORDS that my web adventures have generated over the years. I haven’t the faintest idea what my password is.

So I walk out, having wasted a fair amount of my time driving up there. I’m so flabbergasted by how stupid she is — truly, an amoeba would have more power under the hood — that I’m not even mad as the proverbial cat. She’s so stupid she comes out as funny.

WHY, for godsake, would you put someone as dumb as a cow into a job like that?

So now, I guess, after this I’ll have to pay the Mayo by charging their bills on AMEX. That’s fine, actually…tho’ it’s a little extra hassle, I get a nice kickback from everything I charge on that card.

Waited until yesterday to make this run, because usually Costco is not very crowded on Wednesday. 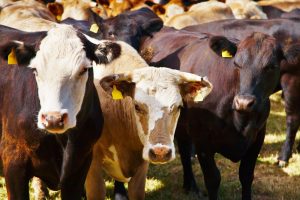 I guess that was more or less true, except…the people who were in the store were just freaking weird. I would be walking along in a straight line, obviously headed to a destination, and a ninny would drift into my path and then just stop there, blocking the way. You could see that they could see me…they just didn’t give a shit. Once…okay, I could deal with that. Twice…all right, something’s in the air. But this happened repeatedly! Everyplace I tried to go, there was some chucklehead blocking my way.

Don’t think I’ve ever had that experience there…or anywhere. It was just strange behavior. I was in no hurry, so it wasn’t like I was feeling touchy because I wanted to get going, or like I was setting people off by obviously being anxious to “get there first.”

Swimming Pool Service & Repair sent their guy over to set a pump in the pool and drain the water into the sewer connection. He was the chatty type…I learned a great deal about his life. That was fine: I had nothing else to do, and it was nice to chat with a human for a change. 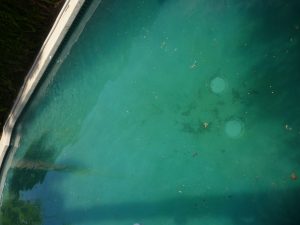 As the water level dropped, it became ever more evident that the walls are festooned with algae. Honestly, I do NOT know how they’re going to beat that stuff. The problem is the heat in the water resulting from the stupid blue surface, which this guy acknowledged. I suggested we should paint it white (turns out you can paint that stuff). He was horrified. I told him my plan, if we can’t resolve the problem, is to fill in the pool and plant a tree there. Horrified some more. 😀 He believes the problem is chemical balance. I believe the problem is the PebbleSheen surface.